Saunas: A Way of Life 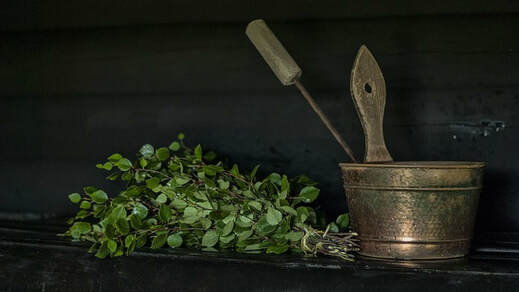 Unlike other countries, in Finland a sauna is not considered a luxury; instead, it is a heritage. Statistics say there is one sauna for every three people - in other words, more saunas than cars in Finland.  Almost every modern family home or apartment building in the country has a private sauna. Hotels, gyms and office buildings have their own saunas. The Helsinki Parliament building has its own sauna. Even cargo ships have saunas. Saunas are everywhere.

The sauna generally used today is a wooden building or room, heated by red-hot rocks to about 120 C. Traditionally, the rocks were heated by wood, but today, most saunas use an electric stove to do the job. An even more ancient style of sauna uses smoke to heat the room.

Most commonly, a visitor will visit a sauna in a hotel or perhaps a public sauna. The best known public sauna in Helsinki is at Yrjönkatu, opposite the Torni hotel, complete with masseur and magnificent tiled swimming pool. For a rather more unique experience, there are the smoke saunas at the Saunaseura, on the island of Lauttasaari in the west of the city.
​
The luckier visitors are invited to take a sauna with a Finnish host, a gesture which is often considered an honour. In this case, the visitor may join his or her host in a private sauna at home, or best of all, in one of the traditional lakeside summer cottages, every Finn dreams of owning.
​

If you're lucky enough to have a Finnish host, he'll be sure to show you how to go about taking a sauna, but even if you're on your own, it' s a fairly simple process. The usual procedure is as follows:Strip. Have a quick shower beforehand. Grab a pail of cold water. Go into the sauna room and sit on the lowest bench. Splash a bit of water on the hot stones to produce cleansing steam, known as löyly. Splash a bit more. Splash yourself with the cold water in the pail. If you can take the heat, move up to a higher bench. You can also switch yourself with a bundle of birch twigs known as vihtas to invigorate the skin.

Eventually, the heat will become unbearable.    If you're taking a sauna in the wintertime, you can indulge in avanto: running out and rolling in the snow or jumping into an icy lake (right). Incidentally, this isn’t as foolhardy as it sounds, as the water under the ice is usually a bit warmer than the air above it.
If snow or lake is unavailable, take a cold shower instead. After cooling a bit, run back into the sauna. Repeat several times. In between, there may be breaks for beer and tidbits and of course, conversation.
​

Some Helpful Things To Know About A Finnish Sauna 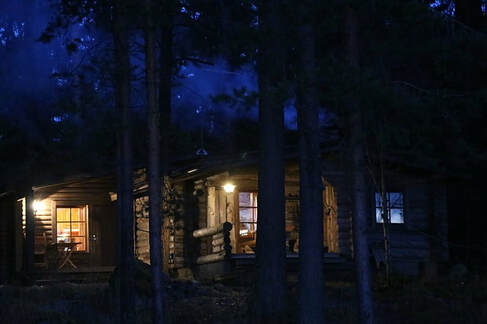 Finns, like most Scandinavians, don’t have the squeamish body-consciousness so endemic to Anglo-Saxon cultures, which means it's considered perfectly normal to be in a public sauna stark naked amongst strangers. In fact, because there is a strong family tradition linked with ‘taking a sauna’, whole families — from grandmothers to babies — will take a sauna together without any concern over their collective nudity. Of course, what is habitual with the Finns is often unthinkable with visitors, for which reason some establishments permit the use of bathing suits, or strategically placed towels, to protect the modesty of its guests.

In some saunas, there is an artificial separation between the sexes: men and women will ‘take the heat’ in separate rooms, while mingling unconcernedly for the subsequent ‘cold dip’. In other saunas, the divide is nonexistent, with men and women mixing freely in both areas. It is considered normal for close male and female friends to share a sauna without introducing any sexual overtones in the relationship. Having said that, however, it is more usual to see men taking saunas with men and women taking saunas with women. If a visitor feels uncomfortable being nude in front of the opposite sex, a polite word to the host is usually enough to find a remedy for the situation.

Despite the general informality surrounding the sauna, there are a few strict rules governing behaviour. A Finnish proverb says that people should behave in the sauna as they do in church (which is more than just a metaphor, as quite a number of congressional parishes also have saunas). Bathers are expected to refrain from shouting, cursing, telling tales, bad-mouthing and breaking wind in the sauna. Most people will either just soak up the heat or sit conversing quietly with friends.

If you’re male, you may run into a peculiarly Finnish test of manliness: who can stand the most amount of heat for the longest amount of time. This generally involves the highest bench in the sauna, where the heat is at its most intense, some subtle posturing and copious amounts of water tossed onto the stones. The best man is the one who stands the heat the longest. There are even Finnish and World Championship events for this!

Though most visitors to the sauna come to relax, some also get a bit of business done too. Often, high-powered executives in major companies will meet in the saunas to wheel, deal and talk business over beer and a cold dip. Many a business deal has been struck during a steamy sauna session and there were apparently even attempts at teleconferencing in the sauna, which weren’t quite successful since no one but a Finn would join in! Legendary former Finnish president Urho Kekkonen was particularly renowned for his 'sauna business' style, regularly taking foreign diplomats and executives to the sauna for some steam and business negotiations. It just might be that the novel situation and nudity helped the president get the upper hand in the discussions!

The sauna wasn’t a Finnish invention; versions of the sauna have been used by cultures from the Baltics to the furthest reaches of Siberia for thousands of years. Over the past two centuries however, as more modern plumbing became the standard equipment throughout the continent, the Finns became known for their preference for old-fashioned saunas.

The stubborn refusal to change was partly due to history - Finland was one of the slower countries to take up mass industrialization in the eighteenth century and retained their rural traditions for much longer than was common in other countries. The stronger reason was because of heritage: in Finland, saunas have long been a strong cultural focus, functioning as everything from guest house to birthing place to community centre and even, much to the astonishment of visitors, as a sanctuary for spiritual healing. Even when modern plumbing made its way to Finland, taking a sauna remained an established tradition.

Finns love the sauna so much, they've taken it with them wherever they've gone throughout the world - even to the front line. There's a story of a group of Finnish soldiers who, busy relaxing in a sauna built a little too close to the front line during WWII, discovered that the front line had moved and they were now behind enemy lines. They were stark naked, weaponless and in danger. Rather than worry, however, they went back in for a bit more steam, then split up and spent the night racing back through peat bogs and woodlands to their own platoons - who promptly sent them into another sauna to recuperate.

Though the story is probably apocryphal, it does aptly demonstrate the importance of the sauna in Finnish life. No visit to Finland is complete without the requisite trip to the nearest sauna - and if all possible, a quick run around in the snow!