Exploring the Wonders of Nature in Iceland

Walking on the Surface of the Moon

​Despite its name, Iceland is not at all what one might expect it to be: an icy, cold and barren land. Thanks to its unique location at a geological hot spot and the Mid Atlantic Ridge, Iceland is one of the most active volcanic countries in the world, making it a geologist’s paradise. There are around 200 post-glacial volcanoes scattered about the island, the most famous being Mount Hekla in southern Iceland.

Iceland’s never-ending volcanic activity is directly responsible for the unique lunar-like landscape found in the southern parts of the island: barren lava fields, massive craters, steaming vents and spouting geysers. Because of its eerie resemblance to the surface of the moon, Iceland was once the training ground for NASA astronauts, most notably Neil Armstrong and Buzz Aldrin, who eventually took the first historic steps on the moon in 1969.
​ 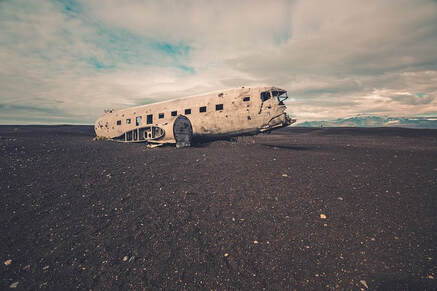 ​The best time to visit Iceland is between May to early September, as the weather is much more stable with mostly sunny days and temperatures between 10 ºC to 12 ºC. The summer months are particularly pleasant because of the continuous daylight in summer months, while in early spring and late autumn, there are longer twilight hours. If you go at other times, the temperature and weather can be somewhat unpredictable and constantly changing from time to time, but don’t let it discourage you; rather, be prepared for it as these unpredictable weather patterns usually results in extraordinarily beautiful skies.

Most people avoid visiting Iceland during the winter because of its dark, long winter days but you might be shocked to discover that, thanks to the Gulf Stream, the weather is much milder compared to other countries and not as cold and chilly as you might initially expect. In fact, winter is one of the most interesting times to visit, as it provides a whole new perspective on Iceland’s snow covered landscapes and its amazing night skies. 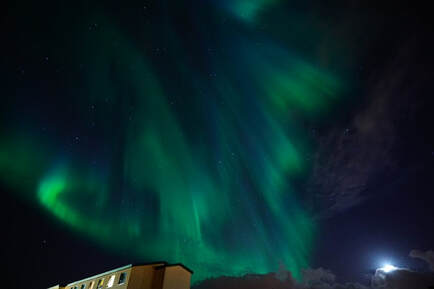 ​One of the most amazing things to look forward to during a winter visit to Iceland in 2021 is the Northern Lights. Also known as the Aurora Borealis, it is a breath-taking spectacle of colourful lights stretching across the sky, which can only be seen during autumn and early winter (from September to April) in the northern latitudes. The most common colours are green and white, but at higher altitudes when the pressure is low, the colours can change to become a reddish glow, which lasts from as little as a few minutes to as long as a few hours.

The Northern Lights appear on clear crisp nights and are caused by solar wind particles colliding with the earth’s magnetic field in the upper atmosphere; the energies given off during the collisions create the magnificent displays of white, green and red glows which adorn the skies. A sighting of an aurora borealis is never a guaranteed thing, as certain areas may offer better viewing opportunities than others, so it is advisable to go on Northern-lights focused tours and excursions, which will be able to arrange for the best locations and timings for sightings. 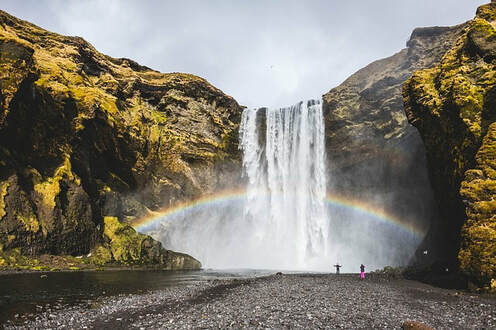 ​Waterfalls in Iceland have often been the subject of awe and amazement among locals and visitors alike. One of the most famous waterfalls (and major tourist destination) is Gullfoss Waterfall (pictured left). Also known as the ‘Golden Falls’,
this is where the mighty white river Hvita plunges into a 32 metre narrow canyon. Hailed as one of the most beautiful falls in Iceland, the surrounding area is exceptionally stunning, especially on a sunny day when the hammering falls are wreathed with colourful rainbows! Be careful though - it is advisable not to get too close to the falls, as it tends to spread lots of mists which can leave you soaking wet!

Another noted waterfall is Glymur, which is located at the rear end of Hvalfjörður in West Iceland (an area also known as the Western Fjords). Measuring 198 metres in height, it is Europe’s highest waterfall. Formed by the River Botnsá flowing down from Lake Hvalvatn, the water from the river flows alongside the volcano Hvalfell, before plunging into a canyon covered with green moss. To get to Glymur Waterfall, take a drive down to the small village of Botnsá and hike up the mountain on the marked hiking paths near the falls, and you will be instantly rewarded by spectacular views of the cascading water.

Other notable falls worth visiting include the Svartifoss or Black Falls located at the Skaftafell National Park, so named because of the dark basalt columns surrounding the area around the falls, which were formed during an ancient lava flow. Then there is Skogafoss, which is situated in southern Iceland and is considered one of the biggest and most beautiful falls in the country. Flowing down in between mountains and dropping at a height of 60 meters, the falls create a border between the Lowlands and the Highlands of Iceland. ​ 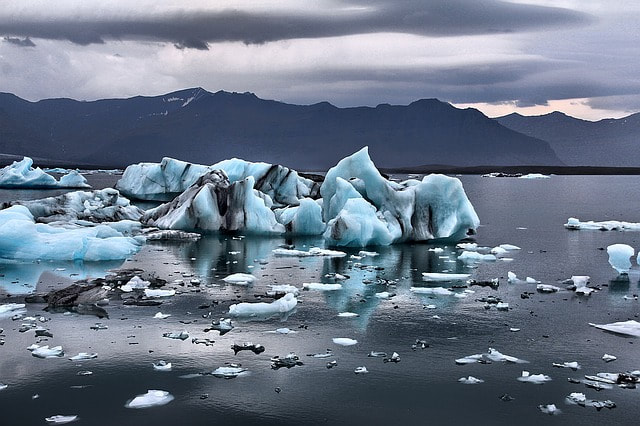 ​Despite bringing their share of destruction to the island’s inhabitants in the past, Iceland’s volcanoes have also blessed them with an endless supply of geothermal energy, the cheapest and cleanest form of energy available in the world. Iceland’s volcanic activity has also given naturally heated pools, hot springs and steaming vents, which can be found in various parts of the land. Not only do these natural features make good energy sources and bathing spots, they are also very popular tourist attractions.

By far the most popular and most publicized tourist destination in Iceland is the Blue Lagoon,a natural hot pool of blue-green water located in the middle of a volcanic lava field just 50 kilometres outside Reykjavik. What’s unique about this blue-green pool of warm water is that it remains at the same temperature, approximately 35ºC, all year round and is believed to contain special properties and mineral content said to have curative powers in treating various skin diseases such as psoriasis.

Another popular attraction, and considered the most famous spouting hot spring, is the Great Geyser, which jets hot water into the sky to an amazing height of about 60 meters. For those who have not yet witnessed this geological phenomenon, the sight of it can be overwhelming! Located near to the Great Geyser is the Strokkur. Though not as mighty and powerful as the great geyser itself, Strokkur is still able to amaze audiences with its predictable spouts of steaming water every 5 to 10 minutes, reaching to a height of up to 20 meters. Though the geysers are the main attractions, an interesting landscape beckons as you wander along the walking paths winding through the surrounding areas, as you will encounter steaming vents, mud pool formations and sulphurous lakes.

Iceland is perhaps the only place in the world where the landscape is defined by two strong and contrasting elements: not just fire, but also ice, which has had a major impact on the landscape. Since the Ice Age, the mountains of Iceland has been covered with permanent snow, from which immense glaciers have slowly crept down, carving their way through rocks and forming serrated ridges and valleys like ice-cut crystals.

Often considered one of the most striking features in Iceland, the glaciers cover approximately 10 percent or 11, 260 kilometres of area in the country. Iceland’s glaciers are some of the largest in the world, especially Vatnajokull in South Iceland, which is said to be equivalent in size to all the glaciers in Europe combined! Another noted glacier is Snaefellsjokull, which lies approximately 60 miles away from Reykjavik. While it may not be as large as some of the other glaciers, the glacier and its surroundings exudes an air of mystery, which inspired author Jules Verne to chose it as the doorway to the planet’s interior in his best selling book, Journey to the Centre of The Earth.

For those who love marvelling at the wonders of nature, there are so many things to see and do in on this unique northerly island. For those who crave a little bit of excitement and thirst for adventure, and want to experience the extraordinary sights and sounds of a land like no other, Iceland is definitely the place to visit and explore! Don't let the prices or weather discourage you, as you will find that the overall experience of is definitely worth every penny spent!